Britta, my Nia trainer friend had been in Budapest and Rome for trainings and joined us for some ‘down time’ with her husband Randy for a few days. They had never been on a sailing boat before so we enjoyed giving them a little peek at what it’s like. They want to be us when they grow up! This is the only woman I know who can floss her teeth and do back exercises at the same time on the stern of a rolling boat!
As ever things did not go quite according to plan. I had envisioned them being transported to Selkie Dancer from the otherworldly shack lined grassy moat of the old fort. The morning we were to leave the marina, masses of liquid refreshment having been delivered by the only man in Corfu not to be named after St Spiridion – our fridge stopped working! I don’t need to say typical do I? We contacted yet another Spiro (another Spiro had done our standing riggining) who came and gave it a very serious examination. He was small and white haired with piercing blue eyes, he looked like a little old mountain man and he tumbled down the galley steps with the surefootedness of a mountain goat but made me nervous every time he did in case he slipped. His appearance, not being stereotypically ‘Greek’ made me think again about the fact that Corfu has only ever been Greek for around the last 150 years. Anyway he gave our fridge a thorough if ponderous going over, he was most particular in his care and having filled it with gas and flushed out its pipes he left us for a couple of hours before returning again to contemplate the dark art of refrigeration, another little adjustment, another abandonment and then he reappeared for the final monitor and to declare it working which it was. Andy now has to source phosphoric acid to clean the cooling coil when the boat is next out of the water. I have to say we had not done anything to maintain the poor thing in 10 years and it’s done us very well and will continue to chill our martinis.

We set off for Sivota Mourtos on the mainland, home of my favourite jewellery shop and luckily were able to sail. Once there we danced on the foredeck, yes we did! and went ashore to visit the aforementioned shop and to have a meal. We stayed there for two nights and had adventures in the Kayak which has been named Blue Finn. I tried to use it as a stand up paddle board but had a spectacular unintentional dowsing – glad I wasn’t wearing my sunglasses – two pairs of which have recently  gone overboard and have been successfully located and fish hooked up to live on another season. 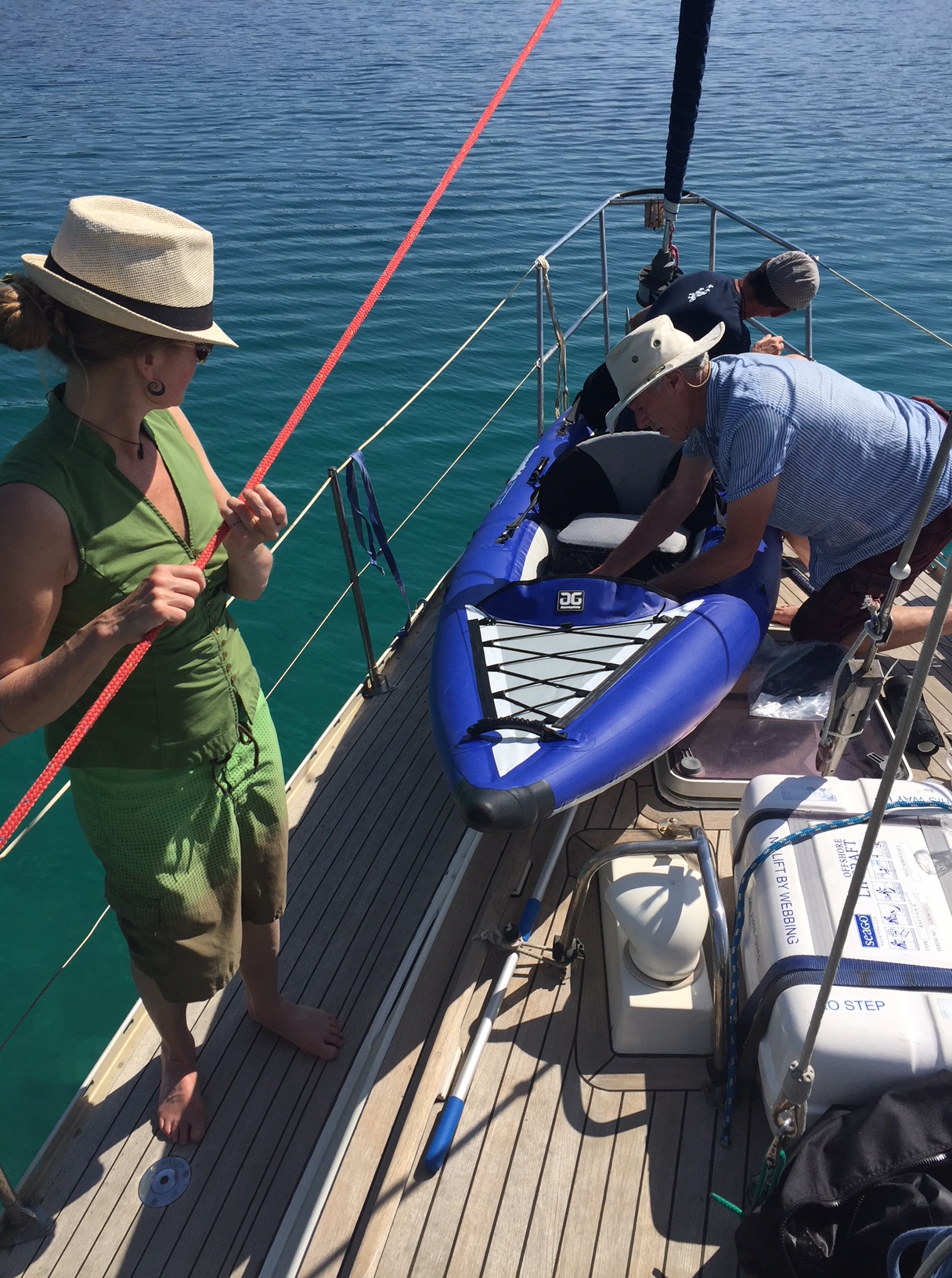 We returned to Corfu and tied up in the harbour underneath the old Fort, enjoying the town of Corfu, drinks at our favourite place and the Oriental Museum and the Art Gallery which we had never been to before and particularly enjoyed the magnificent building in which these collections and exhibitions were housed, built originally as the British Governors’ Residence. Supper out in a narrow alley with slightly crumbly buildings and washing strung up under the windows prompted Britta to remark that she felt like she was in a film set. I guess it can seem like that sometimes.

We moved back into the marina for one night taking advantage of the pool and showers and then, having stocked up, passing on our way a large expanse of white clad British bodies playing decorously on the perfectly manicured Corfu Croquet Club lawn, we set of for San Stefano. We stayed for lunch and then decided that with stronger winds forecast we would be better off in the north and so are now in Ormos Vourlias. If I had the super power of vision I would be able to see, at a bearing of 315’ and a mere 474 NM …………………………VENICE – we have you in our sights, my reading is now Donna Leon and my language brain is trying to switch to Italian. 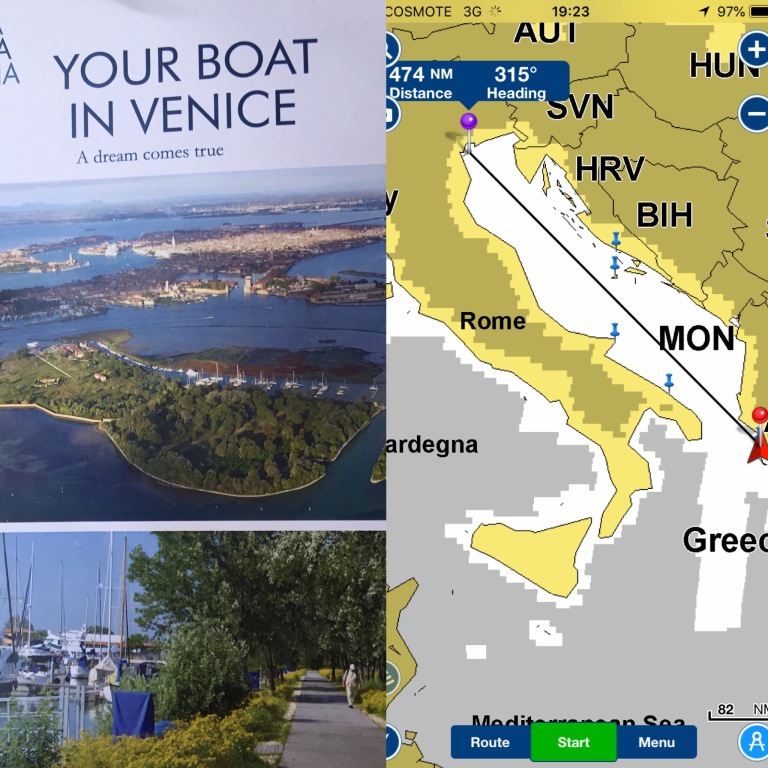